We carry out clutch replacement Dorking

How a Clutch works

When the clutch pedal is pressed, a hydraulic piston pushes on the release fork, which presses the throw-out bearing against the middle of the diaphragm spring. As the middle of the diaphragm spring is pushed in, a series of pins near the outside of the spring causes the spring to pull the pressure plate away from the clutch plate. This releases the clutch from the spinning engine. Watch a video of how a clutch works here. 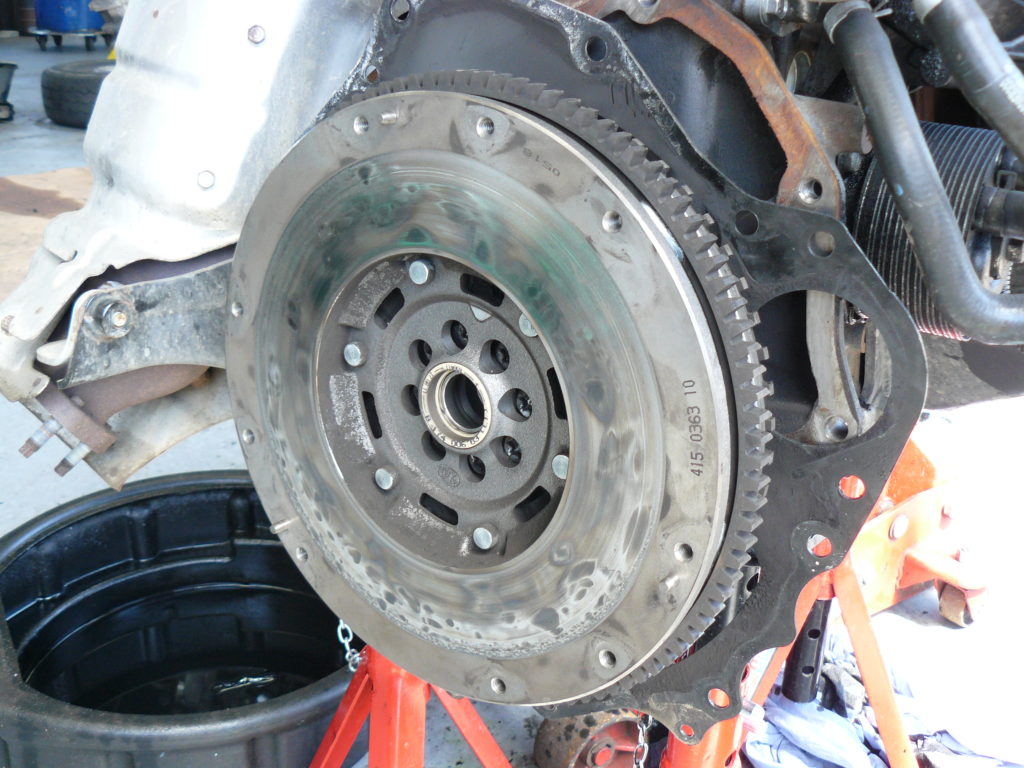 A dual mass flywheel is exactly as its name suggests. A bigger, heavier duty flywheel. Albeit it’s far more clever and sophisticated than just a big chunk of metal. It is made up of sprung plates that articulate about each other. The aim is to cushion the transfer of drive (when the clutch is released) from the engine to the gearbox and ultimately the driving wheels. Modern day cars, especially Turbo-Diesels, create such high engine torque, a standard flywheel wouldn’t be able to cope with the stress and strain as the drive is engaged. This is where Dual Mass Flywheels come in.  Not only can dual mass flywheels cope with the engines torque, but they do so smoothly and quietly; an essential feature for the demanding modern day motorist.

"Dorking service centre is simply perfect. I will never go to another service centre again. Everytime I have gone in there they have been honest and genuine they never push you...
Read More

'Just to say a big thank you for looking after my car over the past years.'
Read More

"We've been regular customers of DSC for over 8 years. They've looked after a variety of cars for us and are always an absolute pleasure to deal with. Whenever we've had to visit...
Read More

"Best customer service in service department. Clearly explains the issues. My car got fixed for a fairly price."
Read More

"Excellent service: identified problem with brakes, sorted the problem speedily. Professional, friendly and reassuring staff. And I didn't recognise my car when I went to to...
Read More

'Experience, MOT due , plus what I thought necessary oil change, front and back of house very courtesy and polite with enquiry. Honesty/Integrity, After inspection oil change not...
Read More

"I would just like to thank your staff in Dorking for such an amazing service on my car and also customer service ,I have been using your garage for many many years and am always...
Read More

"Thank you for your unfailing courtesy and good service & look forward to years of happy motoring in my lovely polo with your help."
Read More

"Thank you for looking after my polo."
Read More
Manage Cookie Consent
We use cookies to optimise our website and our service
Manage options Manage services Manage vendors Read more about these purposes
View preferences
{title} {title} {title}